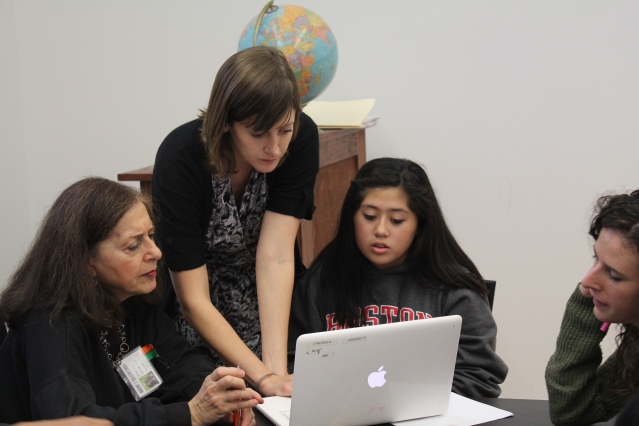 Where is the line between helping a student with his homework and doing it for him? That’s the difficulty. We can point out similar triangles in a math problem, but how far can we guide a student without feeling like we are doing all the work? And, even more pressing, what if he asks for too much? How can we recognize this, and how do we say no? This is a problem every tutor faces at some point, and it is difficult to find exactly where the line is and to decide, in spite of a student’s huge pleading eyes, not to cross it.

Last Tuesday, I had a student doing research for a school project on a prominent historical figure. It took us five minutes to get logged into a laptop and connect to the WiFi, at which point he asked me, “How do you do research?” I went as far as looking up the dictionary definition of “research” before suggesting that we start with Google. After explaining the pitfalls of Wikipedia—the dangers of which have been so consistently drilled into me by dozens of teachers that I cannot allow it in my presence—I helped him find a biographical site and told him to read it and take notes.

It became readily apparent that (a) biographies of presidents are more than slightly above a second grade reading level, and (b) my student did not know how to type. This should not have come as a surprise—I didn’t learn to type until fifth grade—but nevertheless, it left me in the position of offering a new solution. In the end, after an hour of reading the site “together,” explaining what paraphrasing was, and tearing out sheets of notebook paper so my student could take notes, we had a fairly comprehensive list of Barack Obama’s accomplishments and life events. 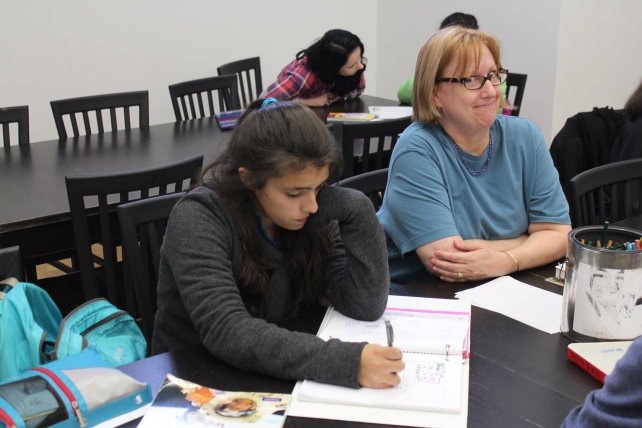 He asked me repeatedly to tell him what to write on his note sheet, and it really would have been easier if I had. Helping a student arrive at an answer on their own—the prompting, the questions, the definitions this requires—is no easy task. You have to know the answer and then use a cycle of reasoning to break it down without handing it to them. Otherwise, they won’t learn, right? But there are moments when we so desperately want to say do the problem for them (“The answer is two”) or micromanage their list taking (“Put it in chronological order. Chronological means…um…just write it like this…”).

In the moments that we do—and sometimes we do—break down and give them the answer, though, we are making the gravely wrong assumption that we are right. Sometimes we are, but it would be remiss of us to think and/or imply that we, as tutors, are somehow above teachers or parents or the student himself. No matter how absurd or unreasonable a project description is, I have to remind myself time and again that I am a helper and nothing more. I have had second graders outsmart me, and I am in no way a superior authoritative figure, no matter how much I ask to be treated like one. 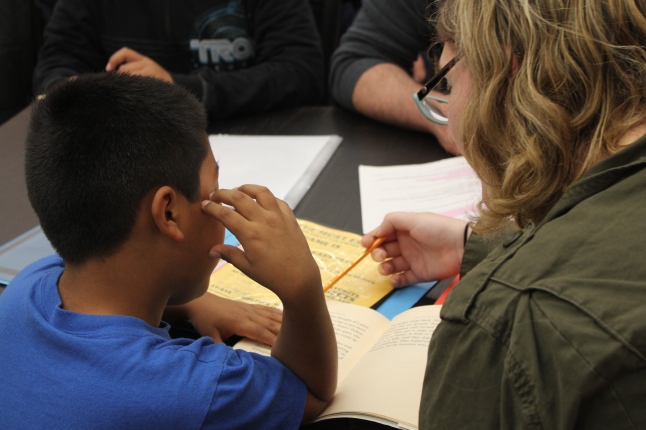 So let’s go back to my Obama situation on Tuesday. I could have told him what to write or gone even further and typed it myself, and I am ashamed to admit that it was a tempting possibility, if one I would never give into. We would have been done in ten minutes, flat. With an hour of circular reasoning and my sternest “Focus!,” though, I helped a student to learn what “research” is without once insulting his teacher’s project constraints or feeling like I was participating in a back alley cheating scheme. And, seriously, if that wasn’t my biggest accomplishment of the week—or of the month—I don’t know what was.

V.E.S.T. is the Volunteer Engagement Support Team for 826CHI, and are a small group of 826ers committed to supporting fellow volunteers as we navigate 826CHI.Whether you are a new or veteran volunteer, we are here to support you as you uphold 826CHI’s mission of inspiring student writers across Chicago. View all posts by V.E.S.T. at 826CHI